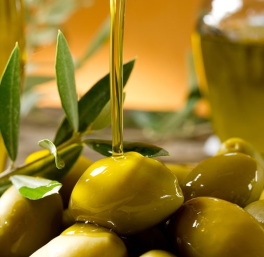 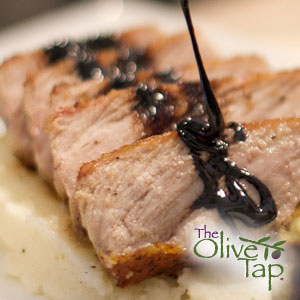 Servings: | Prep Time: | Cook Time:
An Olive Tap Favorite Recipe! Pork Tenderloin is seasoned with an aromatic spice rub then drizzled with a sweet-tart Pomegranate Balsamic Vinegar sauce. This is an easy-to-make dish that will surely impress your family and friends!
Print Recipe

Heat oil in a 12-inch heavy skillet over medium-high heat until hot but not smoking. Reduce heat to moderate and cook pork, turning occasionally, until meat is browned on all sides and a meat thermometer registers 145°F, 20 to 25 minutes. Transfer pork with tongs to a cutting board (reserve skillet) and let stand 10 minutes.

While pork stands, pour off and discard any fat from skillet, then add the pomegranate juice and Balsamic Vinegar to skillet and low boil over moderately high heat until reduced to about 2/3 cup, about 3 minutes (if side of skillet begins to scorch, reduce heat to moderate). Stir together cornstarch and water and whisk into juice, then boil sauce until thickened slightly, 1 to 2 minutes.

Remove from heat, season with salt. Slice pork and serve with sauce.

Adapted from a recipe in Gourmet Magazine
November 2006 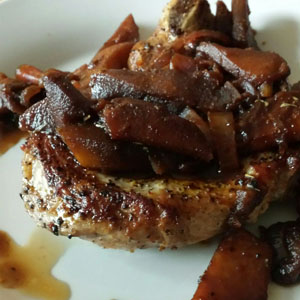 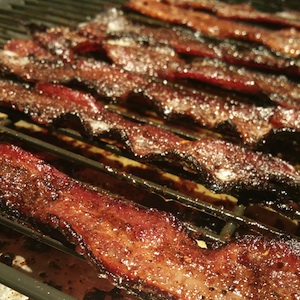